Through the years “BB” has occasionally been in a reflective mood. Just this week he had sent me a Tine Mail message requesting a meeting. Since our last conversation he had continually Tine Mailed me tidbits of information regarding a whole myriad of thoughts and ideas. With the summer heat boiling those who live in the Valley of the Sun, I took full advantage of his request and headed for the appointed spot. True to his word, “BB” had traversed a lot of the Rim country and our meeting took place outside of
Winslow over to the Chevlon Butte area. The new moon brightened up the sky and I found him fairly easily grazing in a small opening just a mile south of the large water tank that hovers over the 99 road south of Winslow. I pulled off the main road and picked him up immediately in my high beams. For as old as he is getting, “BB” looked really marvelous. The spread on his rack was well over 45 inches and his beams were thick and growing into a massive set that would make most hunters drool come the September hunts. I shut down the Prius and headed out to talk.

“Greetings “BB”, you look awesome!” “BB” turned and I swear he strutted over to me. “Good to see you boy. Look at these babies on my head this year! I’ve found a diet that seems to really give me some added mass to the antlers. I can’t tell you what it consists of but trust me, it really works.” He recognized the look of concern on my face and chuckled. “Don’t give me that “humans in the headlights” look. This is strictly legit and it’s good for me to boot.” Knowing I would not be deterred that easily he finally got a sheepish look and started pawing the ground. “Okay, just promise that you won’t tell any of the other bulls about this stuff. Is that a deal?” I quickly gave my word that I would tell no other bulls (pretty easy since he’s the only one I’ve ever talked to). With that promise “BB” started in on his explanation. “I’ve been watching a lot of Tine Net news and there was this feller from one of the health channels who said that stress can wear a human down. They were offering this whole bunch of stuff for guys who have something called Low T, whatever that is.” With that I must have had a horrified look on my face because he looked at me and
said “What?”. “BB” I said, that’s a whole bunch of chemicalcrap that makes drug companies fortunes and makes old farts feel frisky again. Don’t tell me you got some of that stuff!” “BB” got that indignant look on his face and said, “Hell no boy! Let me finish the story!” Somewhat relieved, I let him go on.

“As I was saying before you got all weird on me, this feller was saying that if you had low “T” that they had some stuff to make you feel better, but they also said that it came from some greens that were mixed with alfalfa. They also said that spending just and hour a day thinking positive thoughts and visualizing happy places would reduce the stress. So, I decided to change my diet just a tad. There’s some alfalfa fields just south of that city up north of here by some water. So, each night I jog up there, rest by the waters edge, think of the upcoming rut and visualize happy thoughts. Then I fill my belly with some of that sweet alfalfa and get back to this tree line before sun up. I gotta tell you boy, I feel great, and the proof is in these antlers. Don’t they look damn impressive?” I had to admit that the result of this year’s growth was nothing short of outstanding. “You still have a month of growing time left “BB” and yes, you do look awesome. Is there anything else that you’re doing to help all these changes come about?”

“Well boy, there is something else. That stress thing he was talking about made sense to me. I heard that cows who get harassed by those pesky wolves drop weight, won’t have little calves and act funny. So, as you can see, I’ve moved out of the wolf zone and I refuse to watch or read anything about the United States Fish and Wildlife Services. I figured out that you humans will keep everything in those court things that you have, so by the time any real actions take place, I’ll be over the hill or on some lucky hunter’s wall. If I can’t control my own destiny and I’m no longer in wolf area, the only thing I have to worry about is hunters come fall. I’ve been really good at avoiding your kind during the seasons, so I just feel really relaxed.” I stepped back and in the moonlight gave “BB” a really in-depth look. He did look younger, fresher and more relaxed. “Well “BB” if the only thing you’re eating is alfalfa, resting properly and visualizing happy thoughts, I can’t find a thing wrong with it. As far as the court things, you’re probably right. Humans have their weird ways of trying to do things and anything with the United States Fish and Wildlife Services will take damn near forever.” 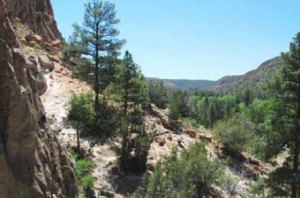 “BB” started walking towards the tree line again. “Ya know boy, you could take a little of that humans advice and try and relax a little. I swear sometimes you’re wound way too tight.” I started laughing and couldn’t stop. “Oh “BB” you have no idea how much I agree with you. When you bulls get wild and crazy you just haul off and start beating each other up during the rut. Humans do all kinds of posturing, say all kinds of stuff and seldom have physical fights. They just get more and more mad and stuff all that anger into themselves. We do need to figure out ways to disagree and not carry all that crap around inside of ourselves.” “BB” gave me a big wink and said “Wanna try some alfalfa boy?” At that point I just lost it. I laughed so hard I was rolling on the ground with tears in my eyes. “”BB” stared at me for a few seconds and then broke out with a hard chuckle of his own. There we were, laughing in the moonlight and not having a care in the world. For all the supposed sense we humans have, “BB” had taken just a few cues and made it into something that made sense for him and could really apply to us as well. We discussed a whole litany of other topics and spent an hour bantering back and forth. We agreed to meet just prior to the hunts and he promised to have everything polished for my return. As I said my goodbye he looked over my shoulder at the Prius. “Ya know boy, that little contraption does seem to go darn near everywhere you want to go. You ever thought about getting that thing a lift kit so you can do some dirt trails?” I mulled it over and said, “Well “BB”, I’ve been teased, laughed at and tormented over that little thing and I have thought about a lift kit. What would we call it?” “BB” ever the pragmatic one stood still for a moment. “Well, with a lift kit it would be half truck and half Prius. You could call it a Trius!”

I started laughing again and gave him a chest bump. “Damn “BB”, that’s the best line I’ve heard. I’ll talk to some engineers down in the Valley and see what they can come up with. Keep your nose to the wind and keep your head gear safe my friend. God willing and the creeks don’t rise, I’ll see you in September!” The ride down to the Valley seemed calmer and I couldn’t stop smiling about my friend’s simple wisdom. Sound words from my favorite bull!